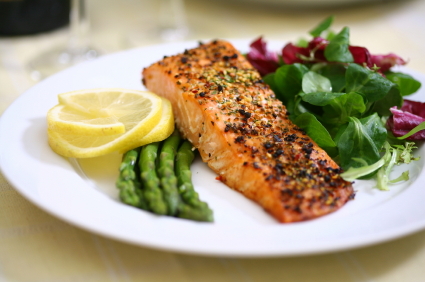 Everything we put in our mouths affects the health of our brains. What we are learning now is that sweets don’t appear to be good for our brains, while healthy fats are excellent brain food. The whole story, however, gets much more complex than that.

Grace Slick was close to my new slogan for baby boomers when she wrote White Rabbit:

When logic and proportion have fallen sloppy dead
And the white knight is talking backwards
And the red queen’s off with her head,
Remember what the dormouse said:
“Feed your head, feed your head.”

Fun fact: Did you know that it was a dormouse, rather than “door mouse”? It is in fact a very cute little mouse with a furry tail, but has no relation to doors.

The pills the doctors have for you, when logic, proportion and memory have “fallen sloppy dead” have been based on the theory that amyloid plaques cause Alzheimer’s Disease — the most common cause of memory loss in aging people — accounting for 60-80% of all cases. It is perhaps the most likely cause of dementia when memory loss and difficulty thinking are the only problems, without difficulty moving, controlling your bladder, or speaking. When you can find no other cause for dementia (after looking for vascular disease, Parkinson’s Disease, dementia with Lewy bodies, and more), you are considered to have Alzheimer’s.

Alzheimer’s can strike young people (as in the book and film Still Alice), in which case it is more rapidly progressive, but most commonly affects those 65 and older.

At this point the truly exciting news about Alzheimer’s is not a breakthrough in identifying the cause but rather discovering patterns of disease that have led to insights about a novel and effective treatment program for dementia.

For several years, news has followed the association between sugars and dementia: high levels of sugar – in either the diet or the bloodstream – correlate with increased rates or risk of Alzheimer’s. A study released in 2012, following the connection between a high calorie diet and risk of impaired cognition, asked the question: is it just calories in general, or does it depend what kind of calories we’re talking about? As an observational study, it can only suggest associations or areas for further study, it cannot prove causation, but what it “observed” was worth noting. The study followed almost 1000 elderly subjects for nearly four years and observed that 200 developed symptoms of dementia during that time. Those whose dietary history recorded the highest percentage of carbohydrate calories had a markedly increased risk, almost double the risk of those who ate less carbohydrates. Those who were eating the highest percentage of fats had markedly less, just a dementia rate of 56% of the standard. The avid protein eaters had a bit more, about 79% of the cases, still less than the standard rate. The whopping majority of dementia cases occurred in those eating the most carbohydrates, suggesting that “a dietary pattern with relatively high caloric intake from carbohydrates and low caloric intake from fat and proteins may increase the risk of dementia in elderly persons.”

There are more dietary observational studies as well as many focused experiments wondering just what is the “magic ingredient” that gives or protects from dementia. Many have elaborated the specific dynamics on a microscopic physiological level, finding tiny alterations that seem to have an effect. The magic happens when you take them all together: the multitude of factors that affect brain health suggests that pathology of Alzheimer’s Disease seems to represent a systematic or program failure, rather than a single targeted agent. In short, the cumulative research raises the question of taking a systems approach to the disease.

A systems approach is one that looks at the wide array of causes and considers them together rather than imagining one more important than the others. A systems approach has been used successfully with other diseases, particularly in a public mixed with private health arena. You can check your blood pressure at the drug store, not just at the doctor’s office.  You can hear from your doctor as well as hearing reminders almost everywhere that you shouldn’t smoke! So, without having to understand the details of the highly technical neurological science involved in Alzheimer’s, it is relatively straightforward to grasp the concept that a broader collection of individual interventions , when taken together, might comprise a “team” effort to reverse a devastating disease process.

Dr. Dale Bredesen and John Varghese have done amazing work in this realm, publishing a theoretical article detailing the history and the rationale for a life-choices systems intervention model. Impressive: it sounds great, but does it work?

Luckily for us they were working in the theoretical and real worlds at the same time. In October of 2014, they published a report of ten subjects with whom they were able to apply some of 22 identified potential beneficial actions their folks could take. One very advanced person failed to show any benefit, but the results with nine of the ten were truly impressive. Three of their personal stories are detailed in the article here.

There are drugs that claim to show some benefit with Alzheimer’s patients, but none of them claims to nor has been ever seen to reverse the disease. Some symptoms or expressions of the disease may be temporarily controlled, but cognitive function does not return as it did with nine of Dr. Bredesen’s ten subjects.

What does this mean?

The implications are two: one for research and one for the public. There are certainly intriguing suggestions for research scientists to pursue: confirm or refute! Meanwhile, there is every good reason for clinicians who are comfortable with the types of interventions used to add them to the tool bag of treating dementia today.

In fact, there is good reason to share this information – healthful for more than just cognitive function – with all of our aging patients. The biggest problem, as I see it – is that some of the interventions will be novel to physicians (“How does one normalize Pregnenolone levels?”) Another consideration is that the scope of the program is broad-reaching and comprehensive, which could be daunting to people with perfectly intact memories. For people living a “standard American lifestyle, complete with cheerios for breakfast,” a hefty number of changes are demanded to steer towards a healthier future for your brain.

Here’s a summary of the 21 interventions.

Some of these supplements are available to you in a simple stroll through either our online store or your local health food store. They are usually regarded as safe for generally healthy people. If you have any health concerns, OR if you want to pursue the program in its full complexity, I highly recommend you work with an experienced practitioner who knows how to test, supplement and prescribe for these 20 recognized areas relevant to brain health.